We have almost forgotten about their existence when Infected Mushroom has finally released Vicious Delicious, the sixth album. However critics admit its being «better than expected» (and I actually tend to agree) it’s still way sooo bad.

Becoming Insane (145) could be decent full on served without those terrible vocals that sounded funny when first used in Converting Vegetarians (the track), but now sound rather like a scorn on a listener.

Artillery (100) is about hip-hap (yo!). And it has the «fucking guitars», too (it’s an officially accepted term). Well-well… I need to admit, I’m not saying it’s «shit» just for the sake of saving the word for another track. Let me say instead that with those ingredients, I just prefer Linkin Park.

Vicious Delicious (145), the title track, seems to be good (measured in the album’s scale), it has some shiny moments. However similar stuff was presented much better in Ratio Shmatio three years ago (how do you like these track names, by the way?). The final run is a bunch of noisy sounds which don’t make up a good melody or go anywhere at all, but it’s tolerable (and the build towards it is very uplifting, if we agree it’s a good word).

Heavyweight (140). When the track name hints to the genre, it usually is a good sign of artists’ just having had fun experimenting, and «well, here’s what it has made into». I have no idea if this track is any good or bad, just no idea.

Suliman (145) is shit. I was thinking about writing something else about it, but nothing came into my mind except for some adjectives… So the definition turned into: «unjustifiable disgusting shit».

Forgive Me (110) — after all that stuff, indeed you need to ask for excuse, but this doesn’t count as one. This is a «freestyle» track, where again you have some nice moments, but the overall sweetness, guitarness and vocalness render them null. The track sounds like they took the good from Shakawkaw and brought it all down to this album’s level.

Special Place (145, sometimes) is a type of track where vocals don’t sound exactly like shit. Or do they? The build-up starting at 4:53 and including vocals is quite nice, so maybe that is what makes me bear with them. Good for a couple of listens.

In Front On Me (72.5) falls into «try Linkin Park instead» category.

Eat it Raw (145) tries very hard to be a dancefloor killer. You can actually hear how hard it tries, but the «climax» is so naïve in its dumb aggressiveness that for me it just doesn’t work. But hey, they don’t sing here! So should I have said this track was good? Nah.

Change The Formality (145) has some funny «scratches» in the beginning. After the introduction of a beautiful melody at 2:41 it instantly turns into a dirty breakbeat with… vocals. You know, in Russian «cal» means «shit», so you can uppercase these letters in «voCAL» to give a reader a clue on its quality; English doesn’t give you such a luxury. But now you get the idea, right? So after 3:04 you just press Next to avoid the confusion.

Before (145) starts soo nicely, soo tenderly and soo tasty, that you start to anticipate something exceptionally good. At around 45-second time mark the miracle ends. Next comes the strange mix of poorly connected musical pieces, presumably taken from some other unfinished tracks to make a «finished» one. With somewhere around the same intentions, Bombat from IM The Supervisor took it way further. But those first 45 seconds are the best 45 seconds on album.

No, I’m not judging Infected as a psytrance act and so am threatened by anything not sounding like it — not at all. In fact, I love some of their non-trance tracks, and I even listen to some other bands and artists which don’t do trance at all. The point is that, when the music is bad, no matter what style you call it.

So is it Vicious? No doubt. Now, Deliciousness is, at best, questionable. 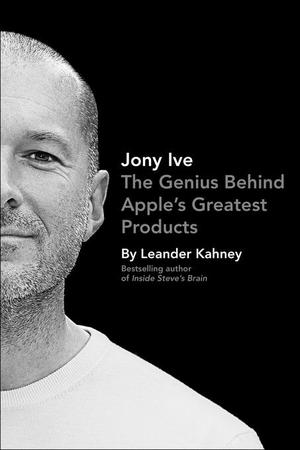